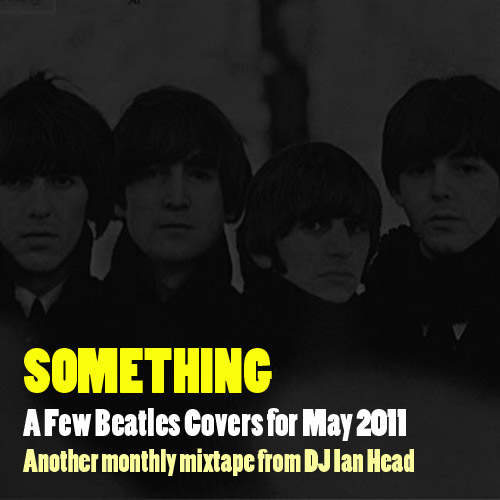 The Beatles are funny – I play some of these covers and the lyrics and melodies come to me instantly, like they were ingrained in my being, even though I may not have listened to the original in 10 or 20 years. But I was never really a Beatles-lover growing up. As a kid, my parents owned and sometimes played Sgt. Pepper’s, and my friend Dan Morris was a Beatle-head at a young age – he had one of those cassette-organizers with the three drawers, and I remember opening up one of the drawers and it being filled with all Beatles tapes. This is actually one image I associate most with the Beatles to this day – I think I was more amazed by his collection than the music.(I also remember those cassette-drawers things being really crappy plastic pieces of $%#^).

So I don’t have a full understanding how all these songs have permeated my brain. My only guess is that growing up in this country, at least during a certain period of time, the Beatles were such a cultural force that they were inescapable – even years after they had gone their separate ways. This isn’t really a complaint, it’s just something that’s intense to think about.

Anyway – it’s also crazy to think about how so many people were inspired to do hundreds of covers of their music, through any and every genre. I have gospel records with covers of “Let it Be,” and crazy pysch covers of “Eleanor Rigby.” So here’s a couple of my favorites – as you can see, I love “Rocky Raccoon,” it’s just a great song, and I couldn’t help playing two different versions below, both of which are incredible. It seems like everyone and their mother covered Rigby, so I tried to give two different versions with completely different moods. There’s definitely some great covers that I didn’t drop, either because I don’t own them or they just didn’t fit this time around.

Special shout out to Verb Math for helping with this month’s idea!