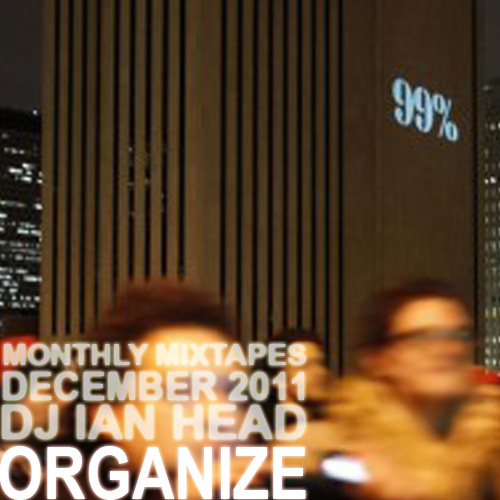 I think it would be irresponsible to close out the year without some kind of dedication to one of the most interesting and amazing mass mobilizations to come around in a minute. While there are some very valid critiques of the Occupy movement, what has impressed me more than the physical encampments are the hundreds (thousands?) of things the “spirit” of movement has inspired, and the many people it has galvanized. The general strike in Oakland, the solidarity marches and demonstrations by unions and community groups, the critiques of the banks, youth standing up to the department of education – how all these things and people have become linked to each other in such a dynamic way has been inspiring. My original idea for this tape was to gather a number of soundbites, especially those outside of the context of Liberty Park or other more well-known Occupy-areas, to mix with various instrumentals and political, revolutionary-themed music. While that type of tape might come together in the future, when I started pulling records, I realized that I didn’t want to make a mix full of “Masters of War” and “Sound of the Police” cuts blended with soundbites you might have already heard on Democracy Now! – I wanted to just try and play some positive, upbeat music. This moment in time is hopefully just the start of something – as brilliantly broadcast onto the wall of the Verizon building a couple weeks ago, this is “the beginning of the beginning.” The tape is named after the Sly Stone song I included, “Organize.” So these are cuts that, to me, felt good, funky, and forward-moving as we close out the year. I hope everyone enjoys. — DJ Ian Head