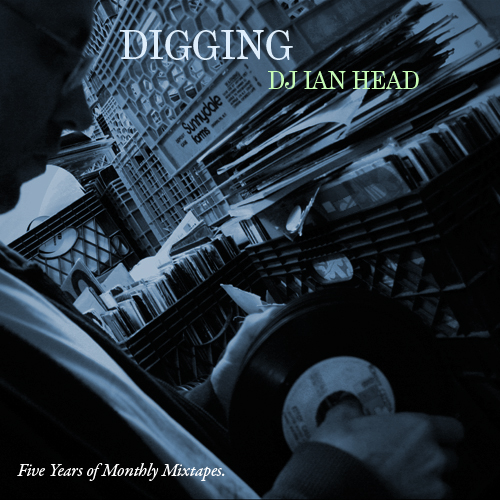 There’s this short film about a guy in Pittsburgh who has amassed the largest record collection ever. He calls it “The Archive.” In the movie, he says that the Library of Congress did a study of his collection, and found that for records released between the years 1948 – 1966, only 17% of that music is available on CD.

This guy has over two-million records, so that’s a crazy number. It means 83% of the music in his collection over a span of eighteen years has mostly been forgotten in the digital age. It makes you wonder how much – or little – music from any given year may end up being “timeless,” or how long it takes for a song or album before it becomes forgotten, buried beneath hundreds and thousands of others decades later.

But for us record nerds, there’s a certain kind of excitement too. It means a lot of undiscovered treasure, treasure only available on vinyl. It’s the kind of thing that inspires me to go out next weekend and keep looking through crusty stacks of LPs for some artist or label I’ve never seen before, some obscure b-side I never knew about.

Since I was a kid, I’ve always been a collector – coins, toys, baseball cards, etc – but records were a way for me to move past being just another obsessive hoarder. The joy of records is playing them – not only for yourself, but especially with others.

For the past five years, I have created and distributed at least one mixtape every single month, via the internets. I did this mainly for two reasons: as a challenge to myself, to do something creative on a consistent basis; and to play all these crazy records I’d been amassing. Records that because of my eclectic taste, I might not be able to fit on one or two mixtapes. Records that you can’t really dance to, or records that I would dance to but most people probably wouldn’t. Records that had important meaning to me but might not fit within cliche definitions of “hip-hop.”

This latest tape carries that theme – I just wanted to play some of my favorite joints plus some classic breaks I don’t usually play, and intersperse a few vocal clips of people talking about why they love records. It kind of floats through various genres and hopefully is a fun sort of compilation of my continuing digging adventures. Shout out to Ani for the photo used on the cover.

When people find out I’m a DJ, they usually ask me where I spin. It’s hard to describe to them that besides an occasional afterparty or random gig, I spent most of my time making obscure mixtapes for an internet audience much bigger than most live shows I’ve played. I want to say thank you to everyone who let me play these kinds of records and bumped these “tapes” over the past five years. One of the reasons I’ve continued making these mixes has been the positive reaction to them, and I feel indebted to everyone who’s stuck around and supported my tapes from the beginning.

I also want to send a huge thank-you and shout-out to all the blogs who have plugged my tapes since 2007, especially Grandgood, CrateKings, and Pipomixes. Additionally, shouts to King Megatrip, JNOTA and ReDefinition Records, Root70Lounge, thisistomorrow, Stephanie Vaughn, DomeShots&FatLaces, TROYBlog, Kevin Nottingham, The RapUp, Heavy Soul Brutha and anyone I’ve forgotten who blogged about my tapes and got the word out.

Finally, I am not putting an end to making mixtapes or new projects – just the monthly series. There will be more tapes, more creations, more experiments. Change is good, and it’s time for something new.