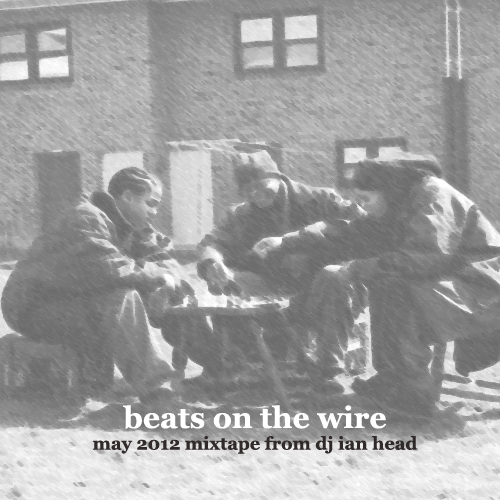 I’ve held down two-hour phone conversations about just one season of “The Wire” with friends – there are no other television shows I can think of that come close to captivating me in that way. Whether it’s the story, the acting, a specific character’s trajectory, the politics – it’s upper-echelon viewing, probably the standard for modern dramatic television. It’s like a giant movie.

I always wanted to make some kinda tape like this, whether or not others have already beat me to it. There’s so much great dialogue you could probably make a 12-part series of tapes, each one thematic, dedicated to a character or a season. This was just some of my favorite dialogue that I mainly pulled off YouTube – it’s just scraping the surface.

Record selection was focused on instrumentals I hadn’t pulled out in awhile, stuff that people might have played twelve times when it dropped but has been stuck in the crate for the last couple years. I tried to match most of the moody beats with relevant dialogue, but I wasn’t trying to get too overly subliminal or deep with any selections.

The tape is a SPOILER ALERT. It’s a bit of a risk making it – I know some of my friends still haven’t seen the show, and I would recommend against listening if you haven’t finished the series. For those who have experienced all five seasons, hopefully it’s a fun, slightly heart-wrenching little trip down memory lane.

PS: I dropped a short mix for Record Store Day the other week. Click here to download.