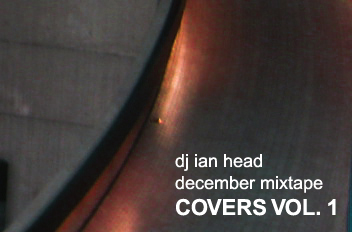 The second record I play on this mix is Ramsey Lewis’s cover of “Maiden Voyage,” from the record of the same name. It’s a great version of Herbie Hancock’s original, but I’m not gonna lie and say it’s the reason I bought the record. Like a typical hip-hop head delving into the abyss of crate digging, I wanted that piano loop Black Sheep used on the flipside from “Les Fleurs” (not to mention those raw drums that Pharcyde used for “Officer” elsewhere on the record). I had just started collecting records, and pulled this out of the fifty-cent bin. And the number one question back then, when I sticking my head in a crate, was “How can I find those joints they sampled for my favorite songs?”

That question hasn’t gone away. But when you pull a record like “Maiden Voyage” from the stacks, it’s too good to not listen to all the way through. This record made me fall in love with the music of Lewis (and the production of Stepney). Today I own almost every one of his records, and this is the only one I bought because someone sampled it. When I pulled records for this tape, it was hard not to pull most of his catalogue – I could probably make a few mixes using just his cover versions of soul and jazz standards. It was hard to pick just one song for this mix – I was tempted to add his version of “People Make the World Go ‘Round” but I’ll save that for Vol. 2.

Another record I’ll highlight on here is Eddie Senay’s instrumental version of “Ain’t No Sunshine.” This isn’t too hard of a 45 to find, but it’s funky as hell. I remember I came up on my first copy at a flea market in Philly back in 2000, when I bought a box of about 100 45s from some guy parting with his record collection. His sign read “Two for a $1.00” but after pulling out about 20, he walked over to me and said “How bout the whole box for $20?” I spent the next hour hauling them around the rest of the flea market with joyous triumph, the occasional fellow record fiend eyeing my box jealously. Shit, I woulda done the same thing.

Collecting records teaches you music in a different way than studying music – when you start to memorize song titles, musicians, producers and labels, you begin to notice what the jazz standards and rock classics, among others, are – who did them first, who covered them best. While “Ain’t No Sunshine” is a tune I grew up hearing and knowing, other classics like “Maiden Voyage” or “The Thrill is Gone” I would never know about without studying and obsessing over old vinyl. Which makes it even more enjoyable to hear (good) covers of songs that are still classics but less frequently covered – cuts like Sly’s “Smilin” or the Beatles “Rocky Raccoon” (make sure to check out this Lena Horne cover if nothing else on this mixtape). These are often the most interesting – covers of the slightly obscure. Sometimes they don’t work (I’ve heard an awful easy listening version of Michael Jackson’s “Billie Jean”) but other times they’re incredible, like Dilla’s reworking of Donald Byrd’s “Think Twice.”

Anyway, there’s of course so many great covers of great songs, and this is just a small sampling of some that I dig, while trying to keep it rollin’ (ATCQ-style). I’m not going to give up every record I play on here, but I will run through the songs that are covered (a few get multiple versions):