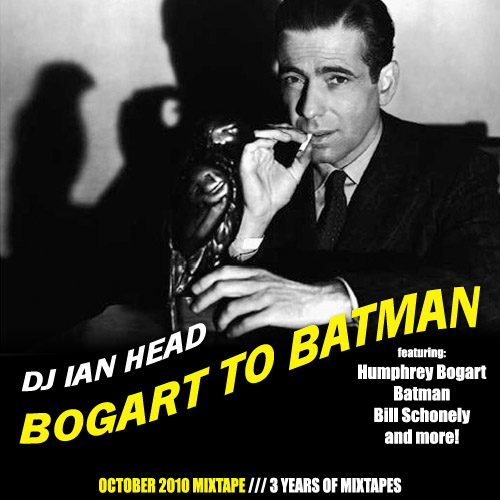 Ok, this is probably one of the strangest tapes I’ve ever put together. I figured since this marks around three years of tapes, I’d dive into things a little harder. I ran through a bunch of records, from all kinds of genres, and tried to create some kind of crazy super-scientifical bubbly soundscape. Then I went back over the whole mix and cut in a bunch of other records, mostly vocal snippets, plus a couple extras. I kept envisioning some of the classic old tapes I used to listen to, especially some of the stuff Kid Koala and Q-Bert used to do. Just randomass records.

Somewhat similar to last month’s tape, this is kind of a bunch of little “soundtracks” that re-make or ellaborate on various scenes from radio shows, movies and 1970s basketball games. Musically there’s breakbeats, dramatic strings, funky basslines, flutes, piano solos, and James Brown. A few cats have been asking me to play more records and make longer mixes. I tried really hard here guys!! But, this mix still came in at about 34 minutes. I think I used like around 40 records though.

At the base off all this, to me, is hip-hop. The genius, innovative idea of mixing and scratching records, combined with a passion for music that makes you want to keep going through old vinyl in search of something you’ve never heard, that you can in turn make into something else no has ever heard.

Thanks so much for listening, much more to come.